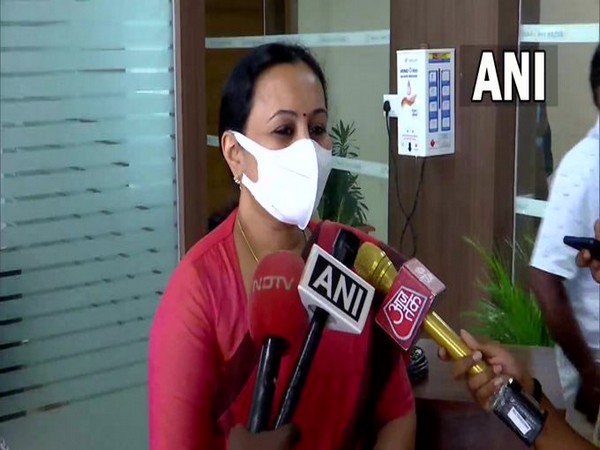 Thiruvananthapuram (Kerala) [India], August 1 (ANI): State Health Minister Veena George on Monday confirmed that the test reports of a 22-year-old person with monkeypox symptoms who died on July 30 were found to be positive for the viral zoonotic infection.The youth hailed from Chavakkad Kuranjiyur in Thrissur district tested positive in UAE and died in Kerala on July 30.“On the evening of July 26 he developed abnormal jerking and he had fever too. On July 27 he was admitted and on July 28 he was moved to the ventilator. On July 30 the hospital authorities informed the Health Department that he got tested on July 19 for monkeypox in UAE and the result of which was positive. Our team went there, unfortunately, that person died in the evening. As per our procedure, we had sent the samples to National Institute of Virology (NIV) Alappuzha and test results show that he was positive for monkeypox,” said George.He was also treated for Encephalitis and altered seizures and other diseases and he was given antibiotics.Currently, 20 high-risk contacts are under observation which includes three health workers, a doctor and two nursing staff from the private hospital. The Health Minister said that it is unsure whether the family has withheld the information that the person was tested in UAE.“We constituted a state-level team including state medical board members to enquire what really has happened. And the genomic sequencing of sample is being done at NIV,” she added.She further pointed out that on his day of arrival at Calicut Airport he was not showing any symptoms of fever or rashes during the thermal scanning but he had a fever four weeks ago and on July 26 he developed it again. “A Preliminary report says that it is a West African variant,” she said.The Minister said that the state Health Department has ensured that every person will undergo thermal scanning at the airport so if the person has a high fever he or she can go to the help desk.“Thermal scanning at airports is regular and if the person has a high fever, we have a help desk there and health workers will take care. We have isolation facilities in all the 48 districts and transportation facilities will also be arranged,” said George.She also requested people to take precautions and not to hide the information. “Currently there are two active cases in the state and all the other persons under observation were tested negative,” she added.Notably, India has reported five cases of monkeypox so far, of which three cases are from Kerala, one is from Delhi and one from Andhra Pradesh’s Guntur.Following this, the central government is on an alert even as the count of infections in some other countries has risen.NITI Aayog’s member (Health) Dr V K Paul said that there is absolutely no need for any panic as the government has taken significant measures to keep the disease in check.In an Interview with ANI, Dr Paul sought to assert that there was no need for any undue panic but added that it was still important that the country and the society stay vigilant.”There is no need to panic, as of now, but one must report in time if they spot any symptoms, he said.According to World Health Organization (WHO), more than 18,000 cases have been reported from 78 countries.“The monkeypox outbreak can be stopped if countries, communities and individuals inform themselves, take the risks seriously, and take the steps needed to stop transmission and protect vulnerable groups,” said Dr Tedros, Director General, WHO on Thursday.Monkeypox is a zoonotic disease caused by the monkeypox virus, which belongs to the same family of viruses that causes smallpox. The disease is endemic in regions like West and Central Africa but lately, cases have been reported from non-endemic countries too, according to the WHO. (ANI)