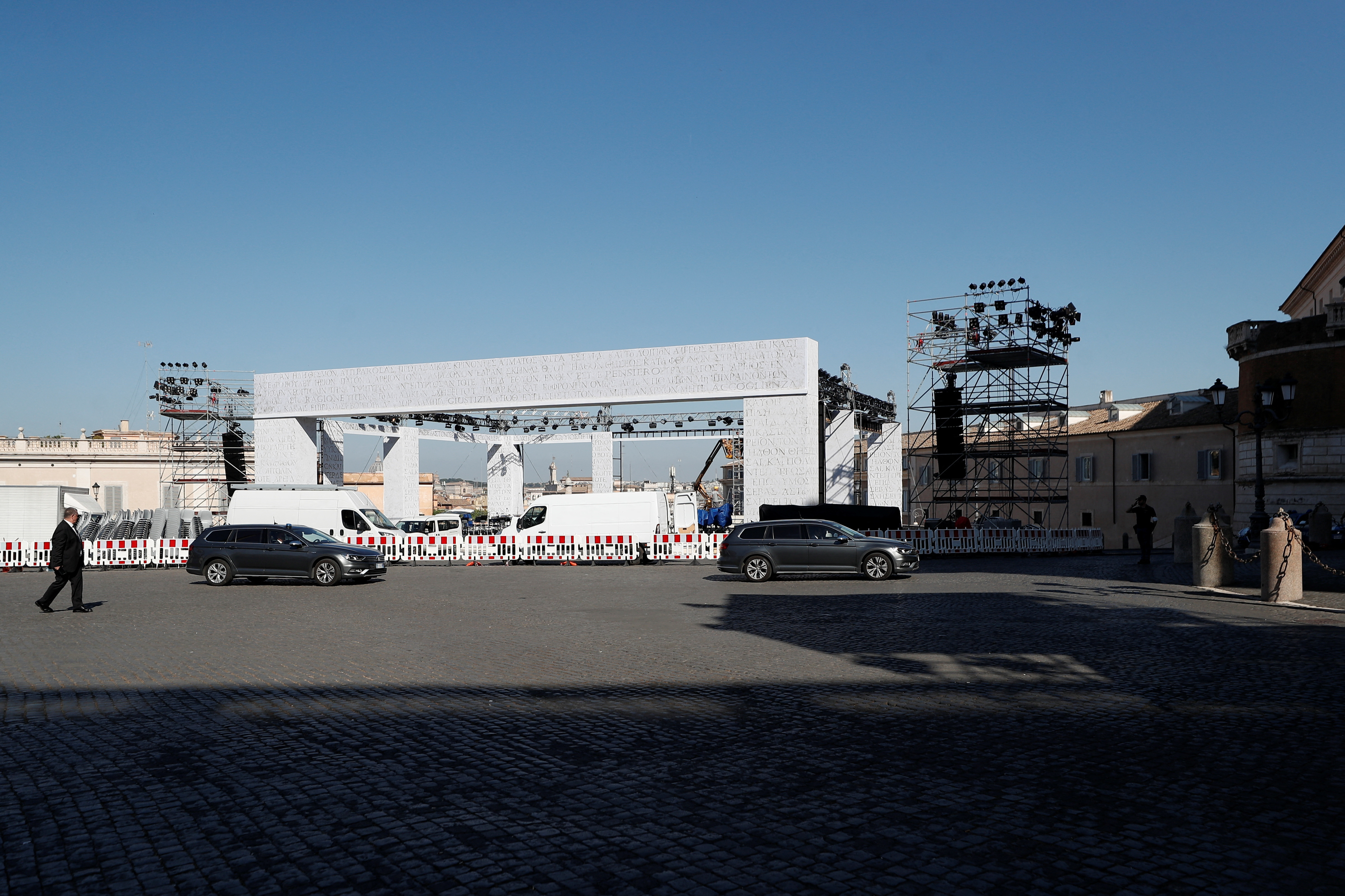 Mattarella’s office said in a statement that the head of state had “taken note” of the resignation and asked Draghi to remain in a caretaker capacity.

The statement did not say what Mattarella would do next. Political sources said earlier this week that he would likely dissolve parliament and call early elections in October.

Mattarella plans to meet the speakers of both houses of parliament on Thursday afternoon.

Italy’s coalition crumbled on Wednesday when three of Draghi’s main partners snubbed a confidence vote he had called to try to end divisions and renew their fractious alliance.

The political crisis has up-ended months of stability in Italy, during which the respected former central banker Draghi had helped shape Europe’s tough response to Russia’s invasion of Ukraine and had boosted the country’s standing in financial markets.

Italian bond and stocks sold off sharply on Thursday just as markets were bracing for the first interest rate hike from the European Central Bank since 2011.

In early trade, benchmark 10-year Italian bonds yields soared over 20 basis points to their highest in over three weeks and Italian stocks (.FTMIB) opened down 1.8%.

“It is a big blow to Italy’s ability to deliver policies and reforms over the near term,” said Lorenzo Codogno, head of LC Macro Advisers and a former senior Italian Treasury official. “There will be delays and disruptions with early elections, and most likely no budget by year-end.”

Draghi had already tendered his resignation last week after one of his partners, the populist 5-Star Movement, failed to back him in a confidence vote on measures tackling the high cost of living.

Mattarella rejected the resignation and told him to go before parliament to see if he could keep the broad coalition going until the planned end of the legislature in early 2023.

In a speech to the Senate, Draghi made a plea for unity and set out a series of issues facing Italy ranging from the war in Ukraine to social inequality and rising prices. read more

But the 5-Star once again decided not to back him, saying he had not addressed their core concerns.

In addition, the rightist Forza Italia and League parties decided to shun the vote, saying they wanted a commitment that Draghi was willing to forge a new administration without 5-Star and with fresh policy priorities.

Polls say the conservative bloc, which includes the far-right Brothers of Italy party, would likely win a ballot.

Coalition is for protection of constitution

US wants Ukraine to signal openness

ANI: The Biden administration is “privately” encouraging Kyiv to demonstrate a readiness to negotiate with

Kathmandu : President Didy Devi Bhandari is scheduled to deliver a keynote speech in the

Oct 6: The deaths of dozens of young children in Gambia from acute kidney injuries

BEIJING, Oct. 6 (Xinhua) — China’s extraordinary achievements over the past 10 years have been

POKHARA, Oct 6: Air service from Pokhara to all cities has been disrupted due to

Will North Korea conduct a nuclear test during China’s Congress?

Seoul 5 Oct : The explosion from the underground detonation — Pyongyang’s sixth such test —