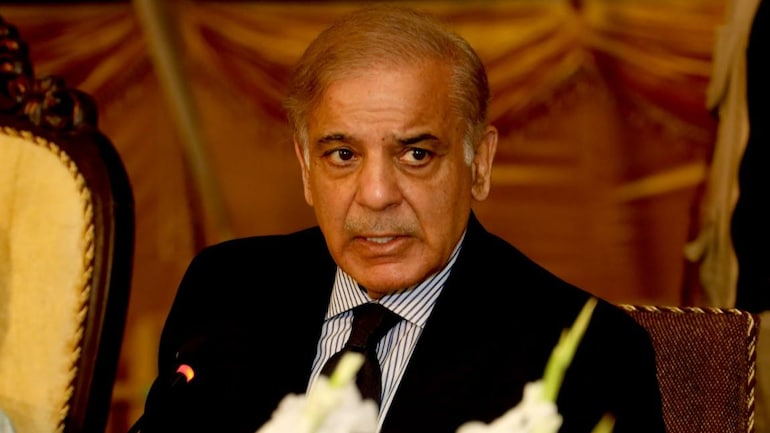 Shehbaz Sharif, the man of the hour in Pakistan, was administered the oath as the country’s 23rd prime minister tonight by acting President Sadiq Sanjrani. President Dr Arif Alvi could not attend the ceremony after he complained of discomfort this evening and was advised to rest by the doctors treating him.

The prime minister, who took over the reins from Imran Khan after his dramatic midnight vote out, raised the issue of abrogation of Article 370 in Jammu and Kashmir in his inaugural speech today, alleging that the people in the Valley are bleeding as he stressed that Pakistan will provide them with “diplomatic and moral support”, besides raising the matter at every international forums.

The 70-year-old leader said he wanted good relations with India, but added that it cannot be achieved without the resolution of the Kashmir issue.

The Leader of the Opposition to the erstwhile Imran Khan government was chosen to replace him by 174 of the 342 parliamentarians earlier today. The brother of former Prime Minister Nawaz Sharif indicted in several cases of corruption, Shehbaz Sharif had led the opposition’s no-trust charge against Imran Khan in the National Assembly.

Soon after his election, Sharif said that good has prevailed over evil as he rubbished his predecessor’s claims of a “foreign controversy” behind the ongoing political turmoil in the country. “Drama,” Sharif said as he refuted the allegations. The Pakistan’s National Security Committee will be briefed on the controversial letter, he has assured.

“I will resign and go home if the conspiracy is proved,” a confident Sharif announced in Parliament after his election as PM.

Imran Khan, who swept to power in 2018 with the promise of a ‘Naya Pakistan’, had an even more dramatic exit, marked by twists at every turn. Since the tabling of the no-confidence motion in parliament, the Assembly has been adjourned on the day of debate, dissolved on the day of vote and called again by the Supreme Court’s instructions.

On Saturday, when the parliament was to meet to finally vote on the motion, the session was delayed multiple times until it was finally convened a little after midnight. All roads leading to Islamabad were shut, security was tightened at airports and police vans lined up outside the National Assembly as the country stared at political uncertainty.

After two hours, Imran Khan was no longer the prime minister; 174 rivals – and a few turncoats – voted against him.

WHO IS SHEHBAZ SHARIF?

Shehbaz Sharif, 70, is the younger brother of three-time Prime Minister Nawaz Sharif and belongs to the wealthy Sharif dynasty.

He is best known for his direct “can-do” administrative style, which was on display during his tenure as chief minister of Punjab province, according to a Reuters report.

As chief minister of Punjab, Pakistan’s most populous province, Shehbaz Sharif planned and executed a number of infrastructure mega-projects, including the country’s first modern mass transport system in Lahore.

Unlike his brother, he is also known to have maintained amicable relations with the military in Pakistan. The Sharif political dynasty is also more positively inclined towards India than Imran Khan has been during his tenure as Pakistan’s Prime Minister.

Shehbaz Sharif was born in Lahore into a wealthy industrial family and was educated locally. Subsequently, he entered the family business and is the joint owner of a Pakistani steel company.

He entered politics in Punjab, becoming the chief minister for the first time in 1997. Following a military coup, he was imprisoned and sent into exile in Saudi Arabia in 2000.

He returned from exile in 2007 to resume his political career, again in Punjab, and entered the national political scene when he became the chief of the Pakistan Muslim League-Nawaz (PML-N) party after his brother Nawaz Sharif was found guilty in 2017 of concealing assets related to the Panama Papers revelations.

Both brothers have faced numerous corruption cases but Shehbaz has not been found guilty on any charges.