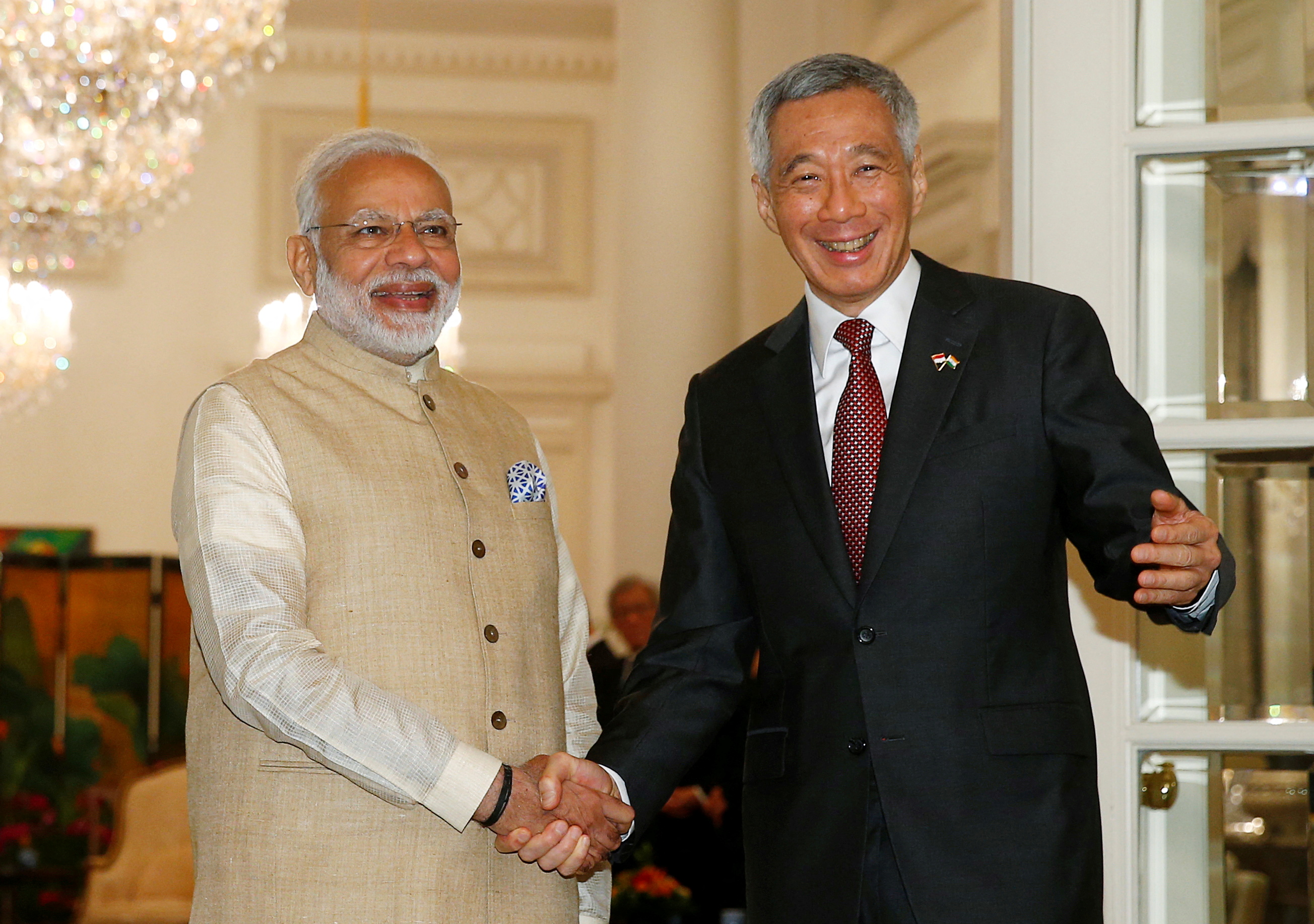 NEW DELHI, Feb 18 (Reuters) – India has complained to Singapore about a remark its prime minister made on the number of Indian parliamentarians facing criminal charges, an Indian official said on Friday, in a rare instance of friction between the Asian allies.

Prime Minister Lee Hsien Loong made the remark in Singapore’s parliament on Wednesday during a debate about accusations of lying levelled at a member of Singapore’s opposition.

Lee, referring to parliamentary standards, mentioned India, suggesting a decline there since its first prime minister after independence from Britain in 1947, Jawaharlal Nehru, was in charge.

“Nehru’s India has become one where … almost half the MPs in the Lok Sabha have criminal charges pending against them, including charges of rape and murder,” Lee said, referring to India’s lower house of parliament.

He did add, however, that many of the charges were politically motivated.

Indian media reported that Singapore’s ambassador had been summoned to the foreign ministry to explain.

The Indian ministry declined to comment but an official there criticised what the Singapore leader said.

“The remarks by the prime minister of Singapore were uncalled for,” said the official, who declined to be identified.

“We have taken up the matter with the Singaporean side.”

Lee’s office said it had nothing to add.

India and Singapore are both former British colonies and have been close allies for decades.

India’s main opposition Congress party, led by Nehru’s great-grandson, Rahul Gandhi, took the opportunity to extol its old leader and have a dig at its rivals.

“Nehru’s magnanimity continues to inspire world leaders even today,” Congress said in a statement on Twitter.

“Pity the ones here at home who fail to have the vision to understand the exceptional leader he was.”