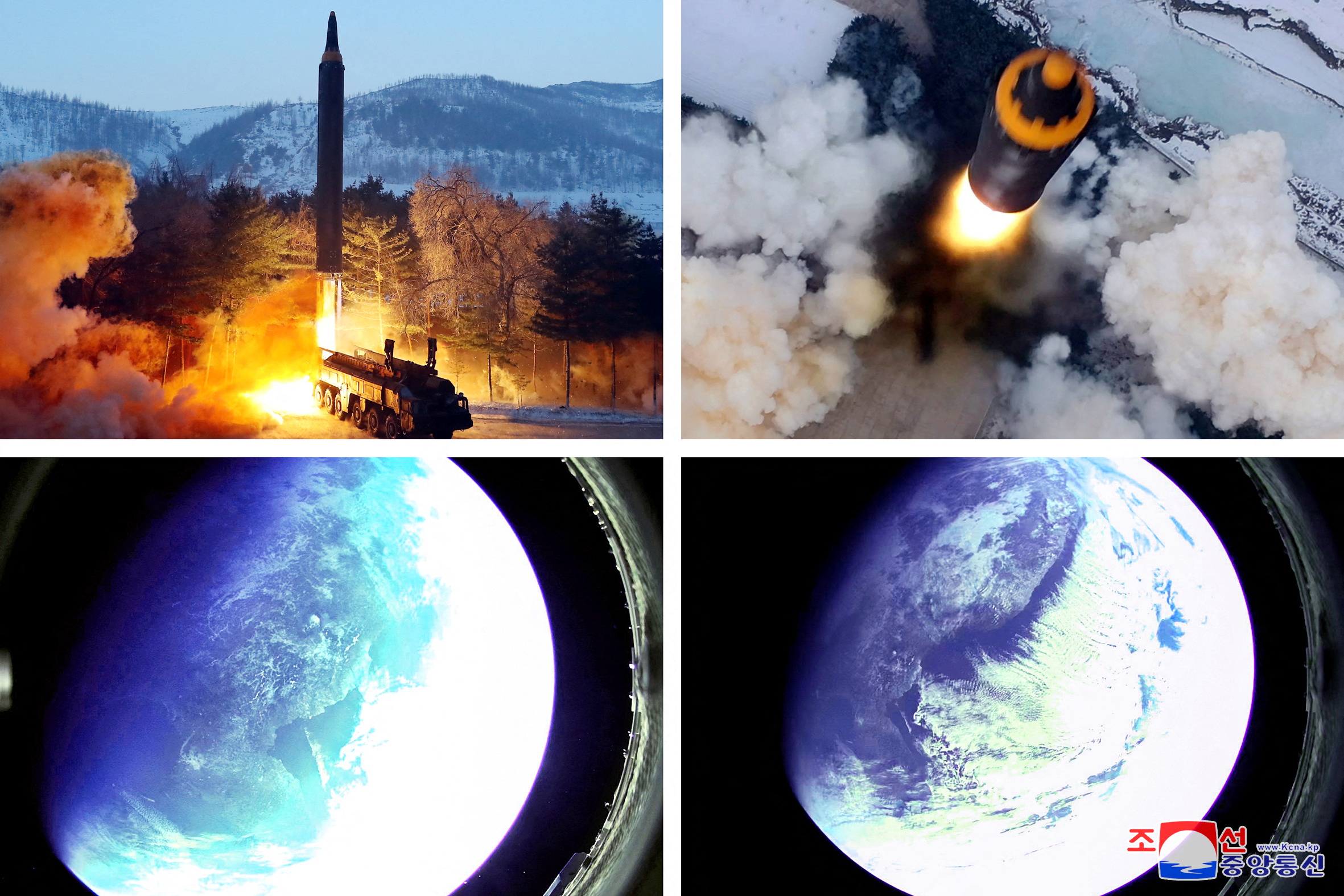 SEOUL, Jan 31 (Reuters) – North Korea on Monday confirmed it had launched a Hwasong-12 ballistic missile, the same weapon it once threatened to target the U.S. territory of Guam with “enveloping fire,” sparking fears the nuclear-armed state could resume long-range testing.

The launch of the intermediate-range ballistic missile (IRBM) was first reportedby South Korean and Japanese authorities on Sunday. It was the seventh test conducted by North Korea this month and the first time a nuclear-capable missile of that size has been launched since 2017.

The United States is concerned North Korea’s escalating missile tests could be precursors to resumed tests of nuclear weapons and intercontinental ballistic missiles (ICBMs) and vowed an unspecified response “designed to show our commitment to our allies,” a senior U.S. official told reporters in Washington.

“It’s not just what they did yesterday, it’s the fact that this is coming on the heels of quite a significant number of tests in this month,” the official said, while urging Pyongyang to join direct talks with no preconditions.

Amid a flurry of diplomacy in 2018, including summits with then-U.S. President Donald Trump, North Korean leader Kim Jong Un declared his nuclear force complete and said he would suspend nuclear testing and launches of the country’s longest-range missiles.

After talks stalled in 2019, Kim said he was no longer bound by that moratorium, and North Korea suggested this month it could restart those testing activities because the United States and its allies had shown no sign of dropping their “hostile policies.”

It is unclear if IRBMs such as the Hwasong-12 were included in Kim’s moratorium, but none had been tested since 2017.

State media coverage of the launch made no mention of the United States, and Kim was not reported to have attended. North Korean officials said this month the tests are for self defence and not targeted at any specific country.

Kim vowed ahead of the New Year to bolster North Korea’s military capabilities in the face of international uncertainties caused by “hostile policies” by the United States and its allies.

North Korea has previously said the Hwasong-12 can carry a “large-size heavy nuclear warhead,” and analysts estimate it has a range of 4,500 km (2,800 miles).

In August 2017, just hours after Trump told the North that any threat to the United States would be met with “fire and fury”, the commander of the North’s Strategic Forces said it was “seriously considering a plan of enveloping fire” involving a simultaneous launch of four Hwasong-12 missiles toward Guam.

That year North Korea flight-tested the Hwasong-12 at least six times, including flying it over the northern Japanese island of Hokkaido twice.

KCNA said Sunday’s missile launch was conducted in such a way as to ensure the safety of neighbouring countries, and that the test warhead was fitted with a camera that took photos while it was in space.