KARACHI, Pakistan, Jan 9 (Reuters) – At least 16 tourists died in freezing temperatures after being stranded in their vehicles in northern Pakistan, where thousands had flocked to enjoy the snow, officials said on Saturday.

With some 1,000 vehicles still stranded, the government has declared Murree, 64 km (40 miles) northeast of the capital Islamabad, a calamity hit area.

“For the first time in 15 to 20 years such large number of tourists flocked to Murree, which created a big crisis,” Sheikh Rashid Ahmed, Pakistan’s interior minister said a video message.

The minister said that around 1,000 cars were stuck in the hill station, a town elevated from the nearby area, confirming that “16 to 19 deaths have occurred in their cars.”

Army platoons and paramilitary forces have been deployed to help the civil administration in rescue operations, he said.

Late on Friday the government announced the closure of all roads leading to the station to stop any further influx of the tourists. 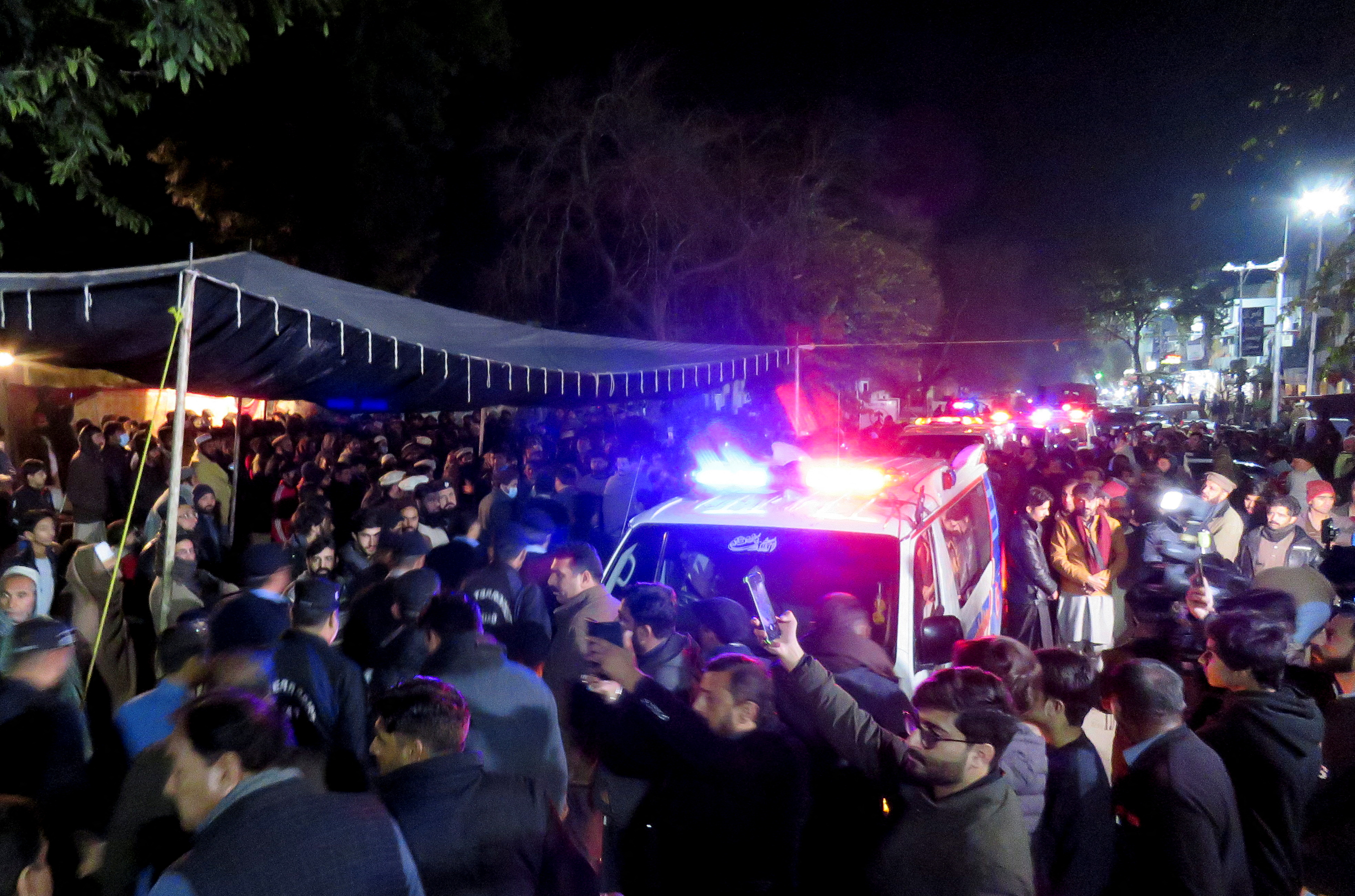 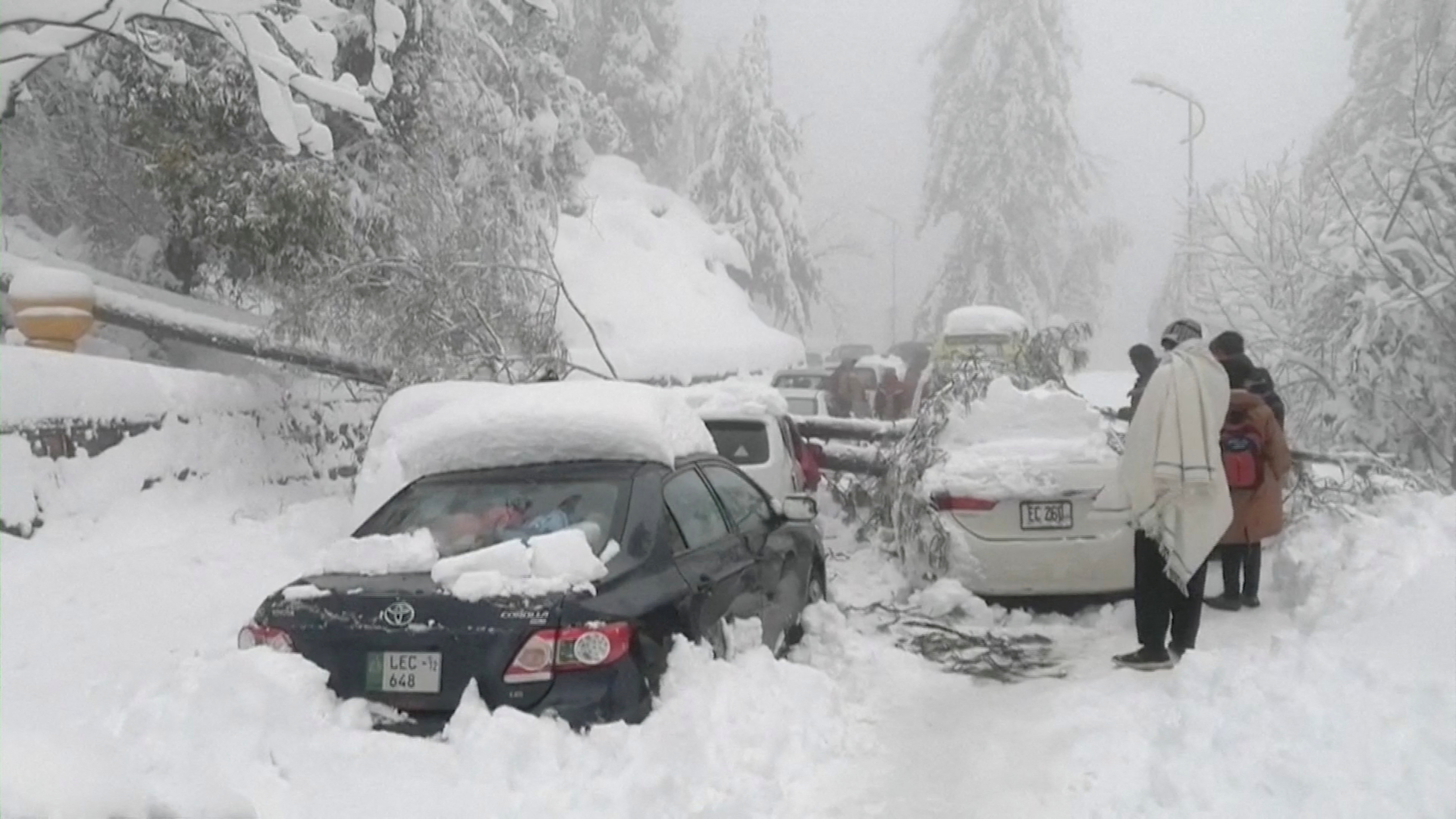 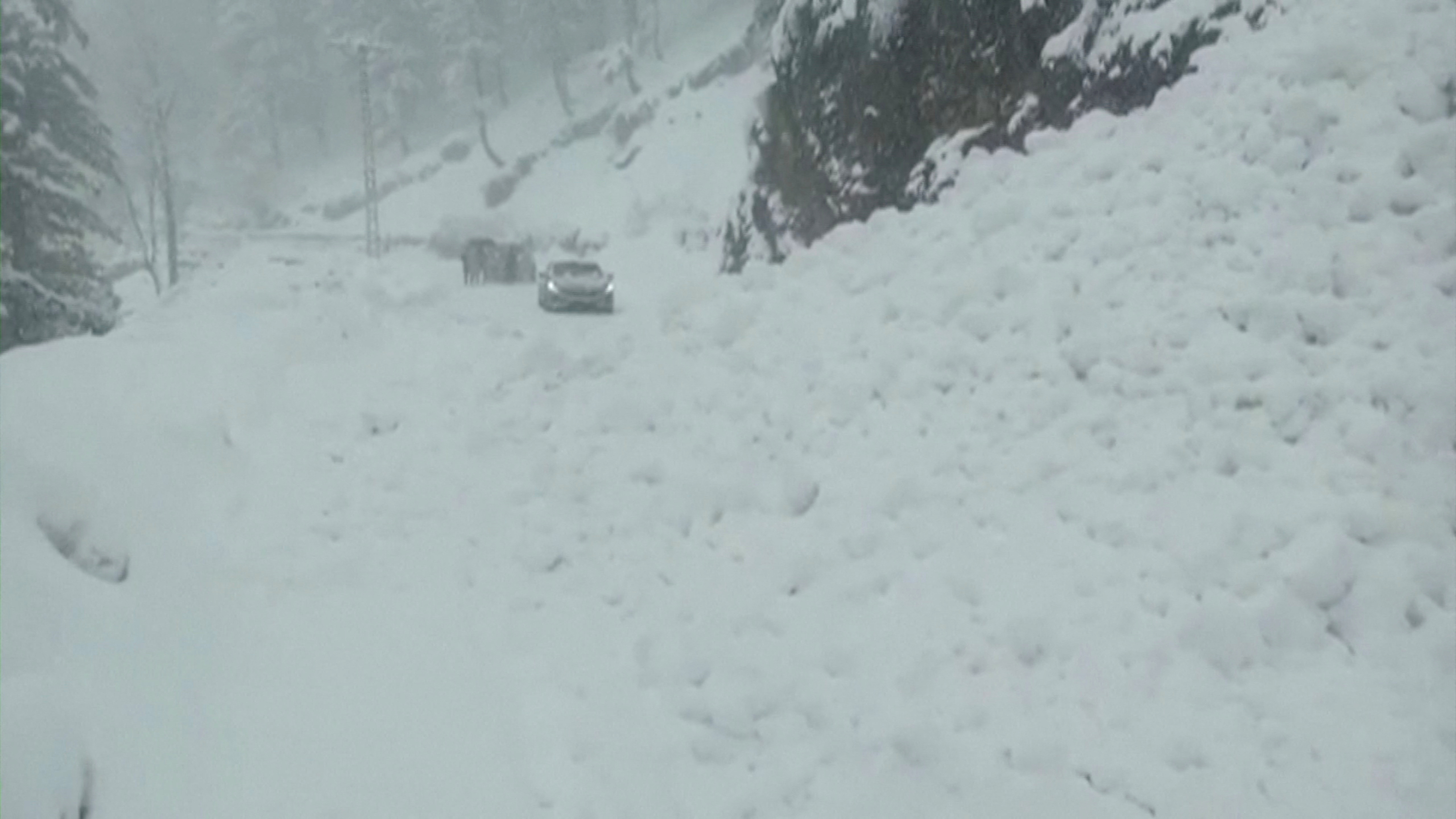 People stand next to cars stuck under fallen trees on a snowy road, in Murree, northeast of Islamabad, Pakistan in this still image taken from a video January 8, 2022. PTV/REUTERS TV via REUTERS

Prime Minister Imran Khan expressed shock over the “tragic deaths” of the tourists. “Have ordered inquiry and putting in place strong regulations to ensure prevention of such tragedies,” Khan said in a tweet.

Information Minister Fawad Chaudhry appealed to people to not visit the hill station.

Snowfall, which began on Tuesday night, continued at regular intervals, attracting thousands of tourists. Due to huge numbers of visitors, many families ended up getting stranded on roads.

Local media reported that over 100,000 vehicles entered the hill station.

“Were the deaths caused by cold or carbon monoxide (CO) poisoning?,” Dr. Faheem Yonus, chief of infectious diseases at the University of Maryland UCH, said in a tweet. “CO is odorless, lethal if an idling car is buried in snow, the blocked exhaust (silencer) can quickly kill the passengers as they breath CO.”

Officials have given no word on the causes of the deaths.