Putting the samples into a white “box,” the nucleic acid test result for COVID-19 will come out in 30 minutes. The device, together with many other high technologies such as throat swab detection robots and wearable thermometers, were shown at the ongoing China International Fair for Trade in Services (CIFTIS) in Beijing on Monday, attracts many visitors.

The testing device does not require P2 level laboratories or manual nucleic acid extraction. Relying on four molecular parallel reactions, it shortens the detection time from hours to 30 minutes, the Global Times learned at the fair.

The advanced device, which has been utilized in fever clinics at hospitals, airports and customs, can help China’s COVID-19 testing capability as the pandemic continues to wreak havoc overseas and the upcoming winter poses the risk of another round of outbreaks, industry observers said.

The accuracy rate of the device can reach 97.45 percent and the fully enclosed test system also greatly reduces the possibility of false positives caused by environmental pollution, Jeremy Kou, an assistant to the CEO of Beijing-based Coyote Bioscience, manufacturer of the device, told the Global Times at the exhibition center on Monday.

Official data showed that China’s daily nucleic acid testing capacity reached 4.84 million as of the end of July, and 4,946 hospitals with more than 38,000 technicians across the country are capable of doing the testing. Throat swab-taking robot on display at China International Fair for Trade in Services. Photo: Li Hao/GTAt the CIFTIS, a robot that can take throat swabs from people using a robotic arm and binocular endoscope in just a minute also intrigued many attendees.

The robot, co-developed by the team of Chinese respiratory disease expert Zhong Nanshan and the Chinese Academy of Sciences, is able to reduce the infection risk for medical staff and play a role at mass collection sites.

Close to the robot booth, the Global Times  noticed a coin-size wearable thermometer that can monitor a person’s body temperature 24/7. It’s pasted under the armpit like a bandage. 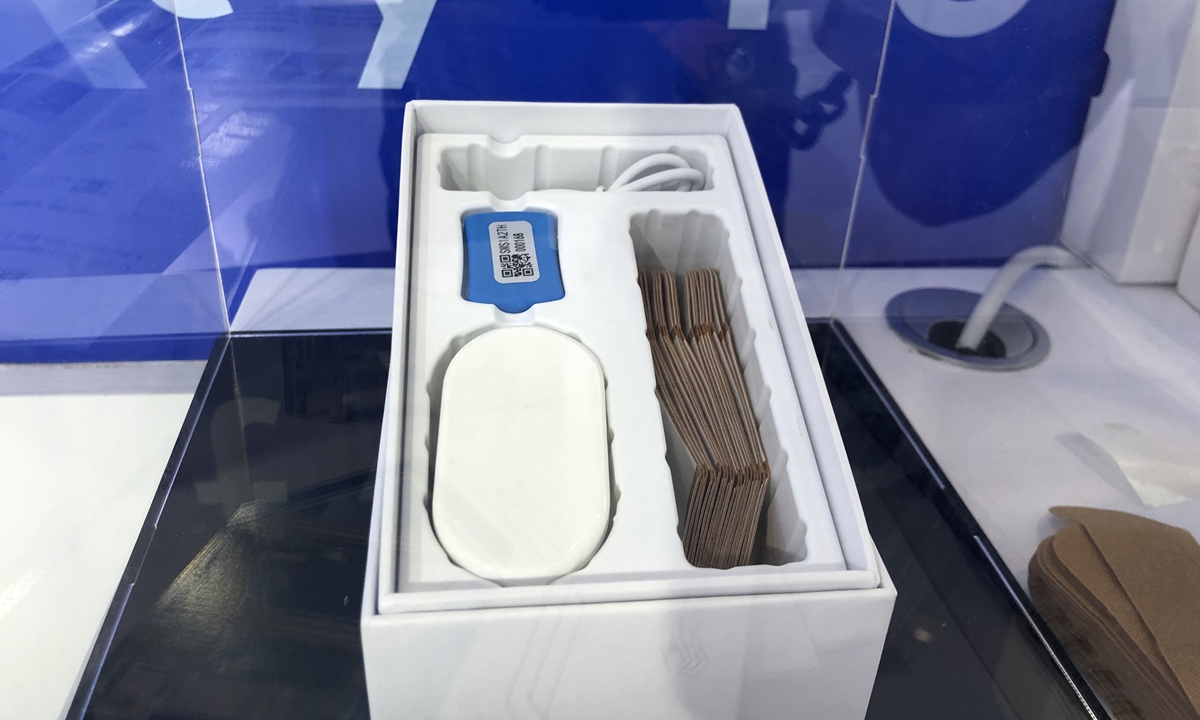 Wearable thermometer and charger on display at China International Fair for Trade in Services. Photo: Liu Caiyu/GTA research personnel from the Beijing Academy of Bloc-Chain and Edge Computing told the Global Times that driven by a chip sensor, the wearable thermometer can function for more than 10 consecutive days with one charge.

In recent months, at least 300,000 people from Wuhan, Suifenhe and Xinfadi market in Beijing used the small thermometer.

Nucleic acid testing kits, artificial intelligence, drones… many aspects of Chinese technology have made great contributions in China’s fight against the coronavirus and these manufacturers are also eying overseas markets.

The wearable thermometers are used by Chinese people working in Pakistan and Tajikistan, and the US would also be a potential market, the researcher said.

Kathmandu: In the last 24 hours, 2,309 people have been infected with the corona virus

AHRWEILER, Germany (AP) — Like other residents of his town in Germany, Wolfgang Huste knew