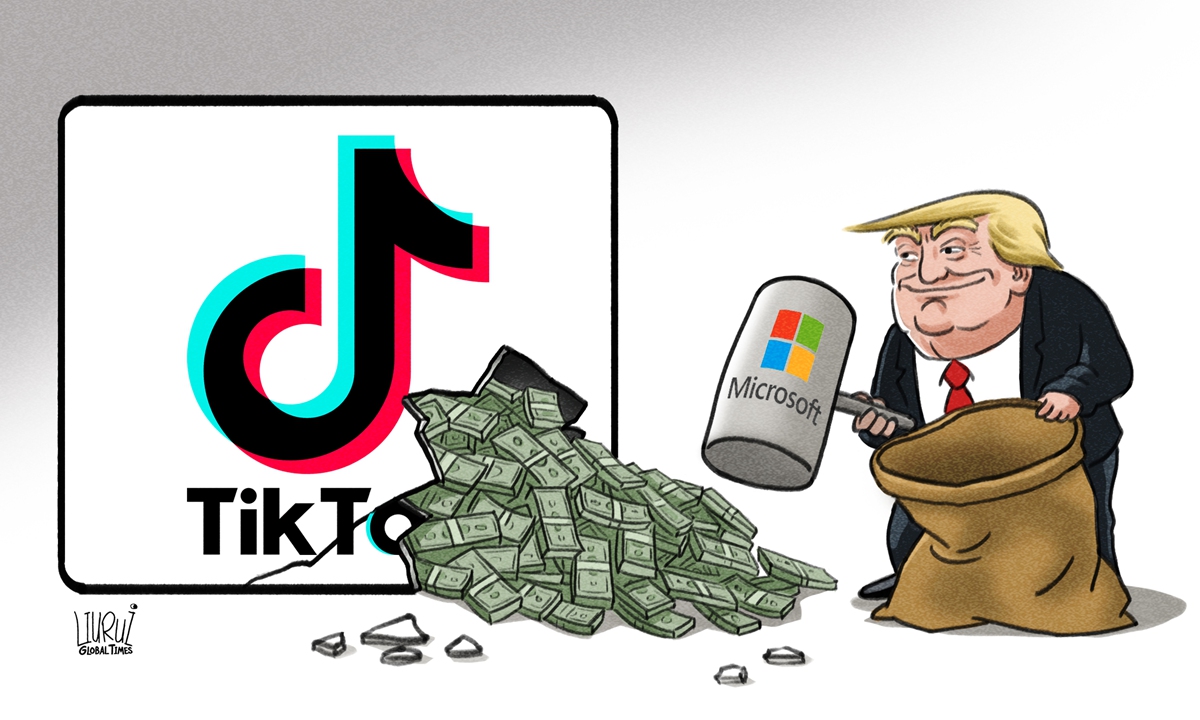 President Donald Trump on Thursday tightened the rope around Chinese company TikTok’s neck by issuing executive orders. The crisis facing TikTok is no longer just a question of whether to sell its business in North America, but has evolved into whether the company can maintain its global business.
Trump invoked the International Emergency Economic Powers Act, saying Chinese-developed apps, especially TikTok that is widely used in the US, “threaten the national security, foreign policy, and economy of the US.” He banned transactions by any person or property subject to US jurisdiction with TikTok’s parent company ByteDance, and any transaction related to WeChat with Tencent. The executive orders targeting the Chinese companies take effect in 45 days.

According to some legal experts, the US government will be able to order Apple and Google to remove all products owned by ByteDance from their app stores around the world based on the executive orders. This will prevent TikTok from reaching new users, leading the company to decline.

The Trump administration has displayed its ugly face that prevents any non-US company to break the US technological hegemony. The so-called “national security” is merely a shameless excuse used to destroy China’s most successful globalized internet company.

The world should not keep silent or act as an onlooker. Should a European, Japanese or Indian company achieve TikTok’s status, it will suffer what TikTok is going through, and must die. There are countless examples. In the 1980s, the rapid rise of Japan’s semiconductor industry dealt a heavy blow to the US industry. Then the US imposed punitive 100-percent tariffs on imported Japanese semiconductors under the excuses of anti-dumping, anti-investment and anti-takeover, which struck a fatal blow to Japan’s semiconductor technology. European company Alstom was once sanctioned by the US as it exerted huge competitive pressure on its US counterparts.

The US has monopolized the basic businesses of the global internet, and it’s difficult for any innovation to bypass the fundamental platform controlled by the US. This is the reason why Washington dares to be so outrageous and vicious. TikTok has grown up under American technological hegemony and digital tyranny. It’s not only an innovative app created by the Chinese people, but also an attempt at freely breathing under the tight grip of the US.

Like Chinese internet technology companies, Europe is emphasizing digital sovereignty to break the digital hegemony of the US. Today, European countries such as France, Italy and the UK plan to impose, or are implementing, digital service taxes on US internet firms.

ByteDance has vowed to sue the Trump administration over the arbitrary orders. Whatever the result, we hope ByteDance can use its wisdom to fight for TikTok.

ByteDance is a young internet technology company that is exploring a globalization path. It may voluntarily share benefits with other countries, or be forced to sacrifice part of its benefits to preserve other interests. As Chinese, we cannot be too harsh on it. Instead, we should wish them a good development. This may be the new dimension that China should set up for its opening up.