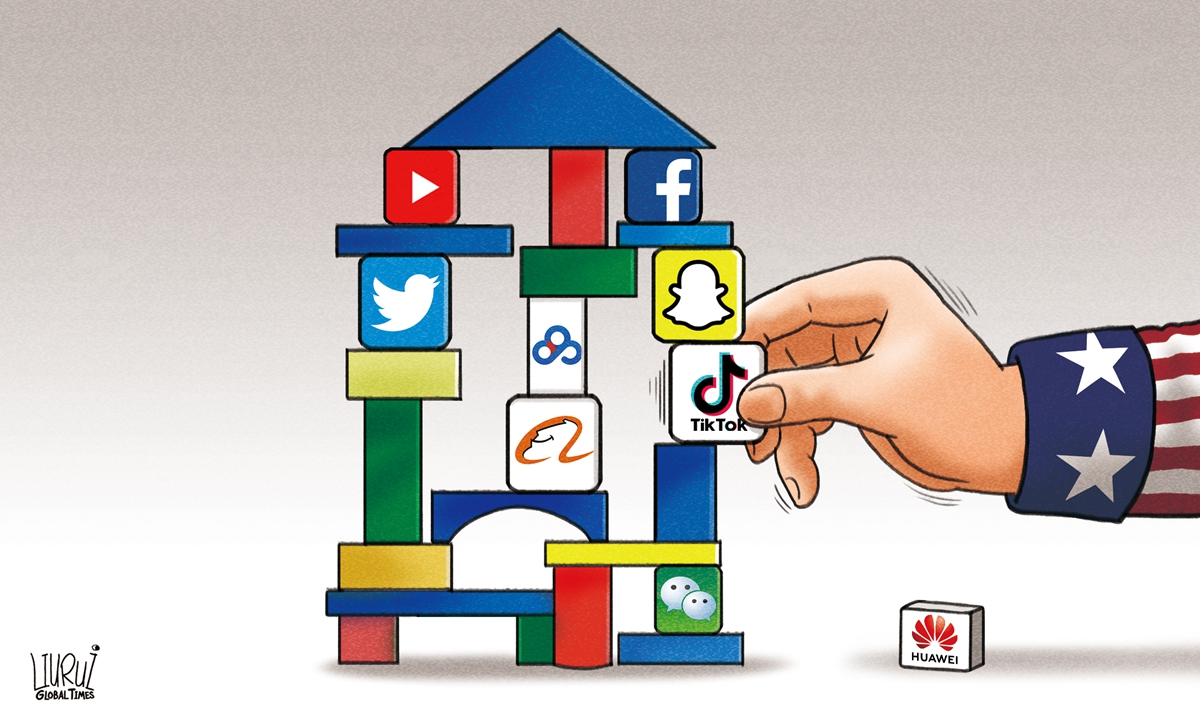 If Pompeo’s initiative is implemented, it means that the internet will be completely split between China and the US. Pompeo said more than 30 countries and territories have joined the Clean Network plan that rejected Huawei, and he called on more countries to join the “growing tide.”

His ambition is astonishing. After Pompeo announced the initiative at a press conference, most analysts believe it lacks substance. Pompeo neither specified the legal basis nor gave details on how to implement it.

Pompeo exaggerated the fact by saying that over 30 countries and territories have rejected Huawei. Take Britain. It would stop buying equipment from Huawei by the end of 2020 and remove all the company’s 5G kits from its networks by 2027. It’s obvious Britain has left room to adjust its policy again. London would rather wait until the end of the year than take immediate action against Huawei because it will see whether Trump could get reelected.

Winning reelection is now the overriding goal of the Trump team. The Trump administration has failed in the epidemic fight, and achieved almost no accomplishments. Under such circumstances, the State Department headed by Pompeo has assumed a major role in seeking reelection. Pompeo has uttered anti-China remarks almost every day, and constantly played tricks to intensify conflicts between China and the US, and display Trump administration’s toughness toward China.

To push the “decoupling” from China into an extreme situation in which even the internet is disconnected, the US government would have to launch a bigger mobilization campaign in the country and West. It will take at least several years. The mobilization work the US has done so far is far from enough.

China’s internet application market is much larger than that of the US, and the gap will widen. The 5G network will provide new possibilities for convergence of interests between China and the US.

From the long-term perspective, it’s incredible that the US information industry could totally detach from the Chinese market. It would pose a severe test for US companies if US chips, software, and terminal equipment become irrelevant to the Chinese market.

Pompeo and his likes hope to exclude China elements from Western internet, and maintain US dominance. This is wishful thinking. It is not in the interest of European countries. If that becomes the case, Europe will always be subject to US monopoly in the information industry, which will bring about more risks than being under alleged Chinese surveillance.

The fact is the US monitored European countries through the PRISM program, while there has been no evidence so far to prove the allegations that China monitors the world through Huawei.

Pompeo and his likes are the geopolitical madmen of the 21st century who try to transform people’s minds, reset global attention and reverse the direction of world development. They would never allow China’s peaceful rise. They would rather suppress China’s development at the cost of peaceful global development. They have designed a new mission for the West, and will try their best to implement it. Especially when the above-mentioned geopolitical ambition meets the interests of the Trump team’s reelection bid, it has spiraled out of control and become hysterical.

The Chinese people must not be frightened by the Trump administration’s aggressive anti-China posture, nor should they be misled by it. As long as China adheres to further opening-up, it won’t get distracted or dance to the tune of the US, and it will be pretty difficult for Washington to carry out its Clean Network program. It’s only a campaign offensive of the Trump administration. Let’s see how much support it will get, and how far it goes.

(AP) Taipei, July 30 : The U.S. military is warning about what analysts have described as a major expansion of China’s nuclear missile silo fields

SYDNEY, Aug 4 (Reuters) – An Australian man in his 20s died at home of

Cuomo urged to resign after probe finds he harassed 11 women

Kathmandu : The Melamchi Municipality has urged the city dwellers not to live in risky

Islamabad [Pakistan], August 3 (ANI): Amid allegations of rigging and dubious victory of the Pakistan

Kathmandu : The annual report of the Muslim Commission for the fiscal year 2076/077 has

Kathmandu : Finance Minister Janardan Sharma has promised to come with the provision that guarantees

Paras Khadka’s decision to retire from international cricket unexpected: CAN